For those that are interested, I have uploaded to Patchstorage a combined MiRack Drambo patch, that sends Drambo waveforms to MiRack where they are converted to cv data, quantised to C Pentatonic and then are sent back to one of Drambo's instruments. You will need to be running both Drambo with an instance of MiRack so obviously Drambo needs to be standalone. Try moving the AB fader to change the scale. This probably could be done solely using Drambo, but I don't know how to constrain the notes to Pentatonic scales and it demostrates the power of combining these two amazing tools.

N.B. I've hard panned the lfo waveform and cv sequence into a stereo pair that directly flows into Mirack where they are separated into waveform and gate signals. 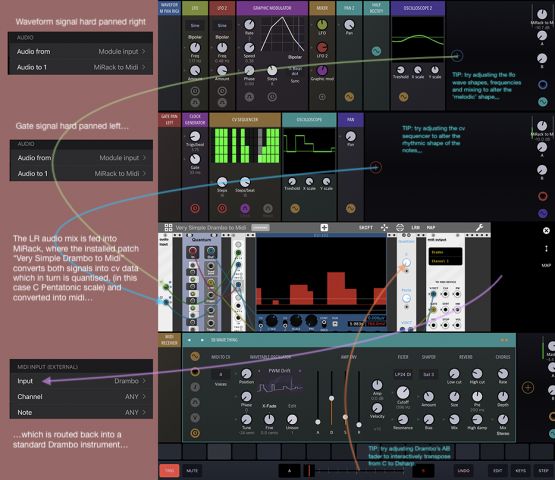