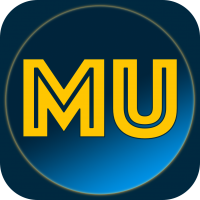 Rob, moodunits developer here. I'm seeing a strange issue with export audio and my instrument AU, Waverley. Curiously not all users are affected, but I'm able to reproduce the issue on iOS 14.4.

It looks to me like when you Export audio (either song or current pattern) you end up with an audio file corresponding to the length of the pattern, but it is totally silent, or will have a kick drum if the metronome is enabled.

The really odd thing is, I would normally expect to receive a whole load of initialisation and preparation before the render (*), but I get literally nothing from Drambo during the export process as far as I can tell from my own debug. I was not expecting that at all!

(*) For the techie-inclined, there's a whole bunch of stuff that usually gets called prior to an offline render, resources deallocated, reallocated (several times in the cases of some hosts...) plus the odd AudioUnit reset for good measure. When I do the Drambo export, I don't see any of that stuff.

Any idea what could be causing this and why export seems to be working OK for some and not for others / me?