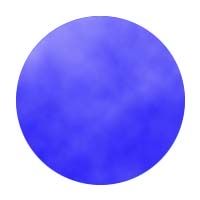 Horsetrainer
September 2020 in Tips and Tricks

I discovered that the Voice Number Module can be used in combination with a Knob Module to control the index of an N-1 switch so each press of a key will sequentially cycle the switch through its connections.

I built three synths and ran them into five N-1 inputs. The Midi to CV is then set to Five so it matches the number of switch inputs.

The challenging part is adjusting the modulation from the Voice Number Module so the knob output will cycle the switch through all the voices properly.

I made a quick video of what I was working on while using this method. Please forgive that i forgot to turn off the quantization and F'ed up the timing of what I thought was a pretty good improv jam.

@giku Do you think there could be a way to add a setting to the Voice Number module so it will output actual CV and auto range between 0 and 1 CV depending on the set number of voices in the Midi to CV module. That should make it easier to use voice numbers to control the new switch modules.