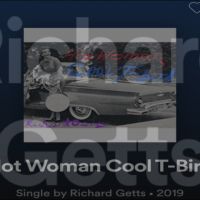 Here’s the message I was trying to send to BeepStreet - keep getting error 404 no matter how short I make it. It outlines the problem as well as I could…if anyone here knows how to contact them at Beepstreet great, please let me know? Thank you.

Zeeon has a spookily similar issue to Moog.

Hi JJ and whomsoever else at BeepStreet. Love your instruments. Using Zeeon now because on my iPadOS iPad Pro 2 12.9 inch, the Moogs (Model D and Model 15) have gone ‘wonky’. Their arpeggiation started to sound different on the recorded midi block, to what I was playing. Not WYSIWIG (er, WYPINWGR?! Pls pronounce it Wipin-Wigr). Anyway…I turned to Zeeon as one of the handful of ‘mainstays’ I have on iOS, and unfortunately, found it also has suddenly started to suffer the same issue.

I did a few tests, and narrowed the Moog down to it being that either an extra key was getting ‘stuck down’ invisibly when the MIDI block was put on record and appeared in GarageBand on my iPad Pro 2, or a key was the opposite - not being pressed. It made the arpeggiation go as I say ‘wonky’.

Your Zeeon seemed absolutely fine. Right up until tonight (Friday 29th - Halloween weekend of all things) when I just laid down a very short chord sequence of 3 notes (triad), then two note chord, then another 3 note chord, then a final 2 note chord. Nothing really at all. Now, I thought when I played it back in GB, ‘that sounds a bit thin’. Those triads were not the lush soft pad sound they should be.

On inspection ( I took screenshots), looking at the MIDI block in green on the GB track Zeeon is on, it is mysteriously devoid of my triads! Only TWO NOTES were recorded in parallel each time. The actual 2-note ‘chords’ came out fine.

HOWEVER when I went into ‘edit’ moded, the track balloons up as normal, that kind of zoom-in thing, then the three-note triads mysteriously reappeared in MIDI line form - but crucially, the full complement of 3 notes do NOT sound off. One is left out, even though it is clearly visible on the screen, but only in ‘edit’ mode.

Perplexing, is the word. Has never happened before, and I have had iOS/iPadOS 14.8 for a while. I just upgraded to 14.8.1 and am using the latest version of GB in the iPad Pro 2 12.9 inch. It’s got 75Gb free SSD out of 512Gb, and I am on the cloud because I don’t want that space to diminish as fast as it would if I stored stuff on the ipad itself, directly.

Following my IT experience that you look for the change that happened around the time of the issues beginning, this reeks of the move by developers to make their Audio Units compatible with iOS 15. Of course, I won’t move to iOS 15 for about a year at least - heck I missed out iOS 8 entirely! I just didn’t update for a year, it was a stinker.

So, that’s as much as I can narrow it down. It seems something to do with your devs’ hard work making the AUs iOS-15 compatible, has caused a weird glitch, and if it happens to MOOG and to BeepStreet, that’s ominous. Because you are both really, really good at what you do.

It’s not life or death, but I literally cannot play anything and be sure it will be the same once MIDI-recorded. In fact, it definitely is NOT going to be the same. With the Moog, there was another weird glitch, but I strangely managed to cure that, by deleting that particular track/Moog instance, and simply adding a Model 15 in afresh to a new track. The delinquent Moog, seemed to be alone in doing other ‘wonky’ stuff. Odd really - digital stuff is very repeatable usually.

I hope you can fix it - now I have to try ‘synthmaster’ which is another mainstay, and see if that will work. I have a feeling it won’t, if they’ve made it iOS-15 compatible. We’ll see. I hate doing IT experiments, I was very happy these past few days doing music problems!

Take care, keep well. You will resolve it I am sure.